A close relationship with the local farmers

Kampot and pepper, centuries of heritage.

Intensive pepper production goes back to the beginning of the Aceh war in Indonesia (1873-1908).

The sultan of Aceh former island of Sumatra, who did not want to leave its wealth to its Dutch enemies, burned down its pepper plantations in 1873-1874.

Part of the production then moved to Cambodia in the Kampot region. At the beginning of the 20th century, Cambodia was exporting about 8000 tones of Pepper. In 1930, in the book «Un empire colonial français, l'Indochine», it is noted that “pepper is by far the main colonial export crop.

Almost all the pepper consumed in France - 2600 tones in 1928 - comes from Indochina.Kampot pepper's flavour and pugnacity made him one of the best pepper in the world, unchallenged king of spice in the kitchen of the most renowned French Chefs.

From FARMLINK to KADODÉ...
9 years dedicated to Kampot Pepper.

FARMLINK, at the origin of the rebirth of Kampot Pepper. 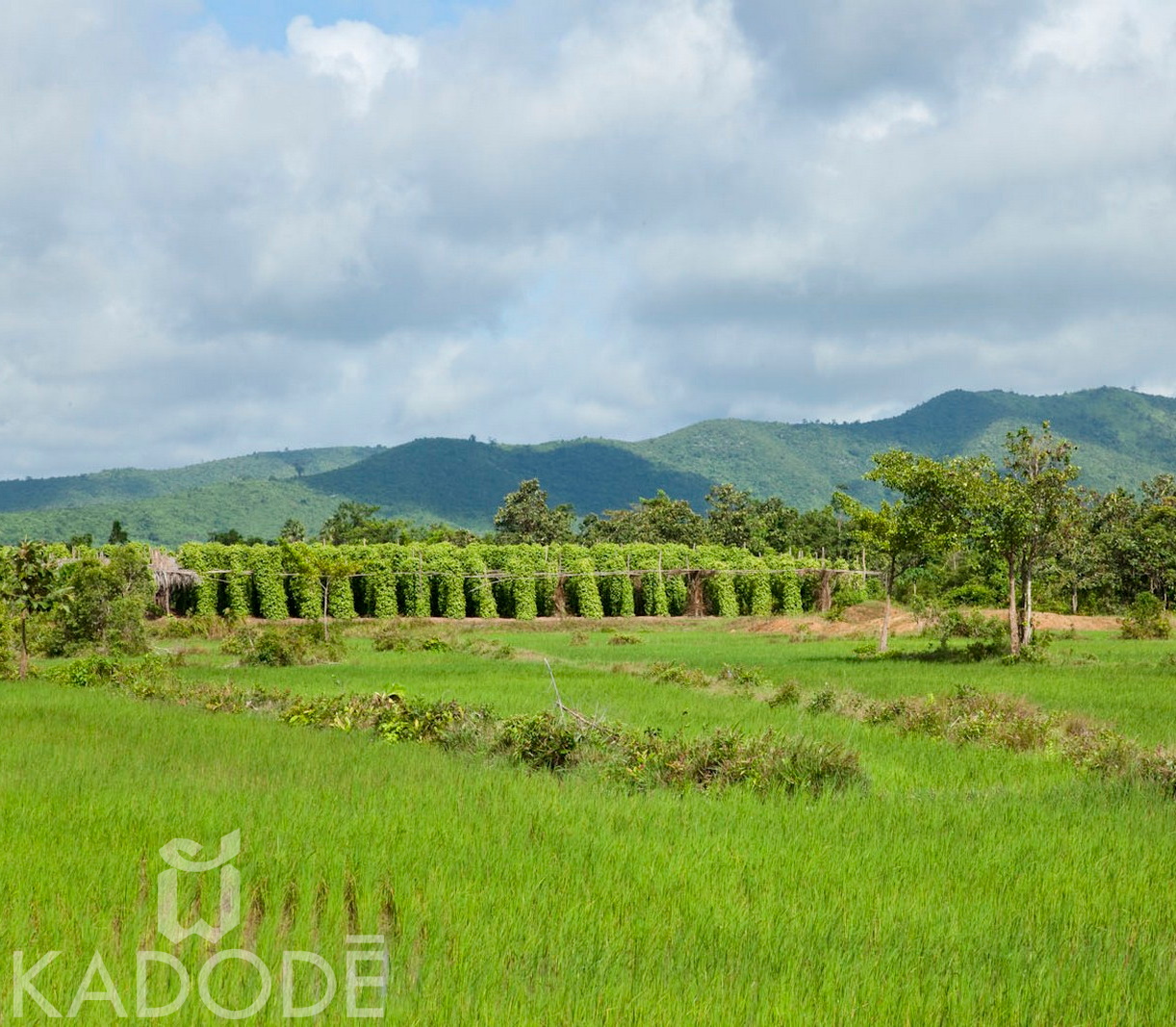 In the early 2000s, the world pepper prices collapse and the farming of Kampot pepper plants is gradually abandoned by local farmers.
Farmlink is a French-Cambodian company founded in 2006 by expatriates who fell in love with the Kampot region.

FARMLINK’s mission was primary to help the farmers improve the quality of Kampot pepper they once had, before the Khmer Rouge had put a stop to the pepper plantations from 1975 to 1979.

By working hand in hand both locally with farmers and internationally with renowned French Chefs and spice specialists, the local farmers and Farmlink have succeeded to bring back this unique Kampot pepper to life.

Farmlink has worked to promote the Kampot pepper with tourists and restaurants in Cambodia as well as among food enthousiastics and the finest spice shops around the world.

KADODÉ, the taste of excellence, by Farmlink

This success led Farmlink to create its own quality brand, KADODÉ KAMPOT PEPPER.

KADODÉ is a Khmer expression that translates into "a gift from the earth". To ensure the total traceability from the farmer to the consumer, KADODÉ products are collected directly from selected kampot farms and are prepared in the Kampot premises of FARMLINK with the greatest care.

KADODÉ products are then shipped directly around the globe, in the most direct way, so you are assured to taste the essence of this culinary wonder at its best.

KADODÉ, a gift from the earth.